Adventurous and charismatic, Robin Cavendish (Andrew Garfield) has his whole life ahead of him when he is paralysed by polio whilst in Africa in 1958. Contrary to all advice, Robin’s wife Diana (Claire Foy) brings him home from hospital where her devotion and witty determination transcends his disability.  Together they refuse to be imprisoned by his suffering; dazzling others with their humour, courage and lust for life. 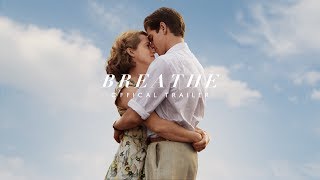